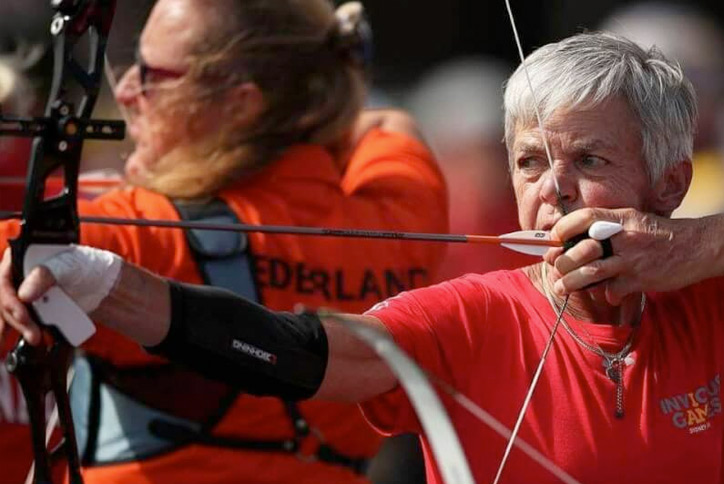 The 2018 Invictus Games in Sydney are over. I had the privilege to volunteer as a National Liaison Officer for Team Canada. Competitors, their family and friends, coaches, staff and volunteers – are all coming down from the highs of the Invictus buzz. Being surrounded by so many inspirational stories, where camaraderie replaced competitiveness and where resilience and determination are demonstrated daily is intoxicating and incredibly lifting. Thanks to its royal Patron (The Duke of Sussex aka Prince Harry), the games have shed much needed light on the impact of mental health and took us a giant step closer to normalising that it’s ok not to be ok.

But now what? How can we bounce off and make a difference going forward? Cavell Simmonds – the oldest Invictus competitor – is showing us how.

When I ask Cavell if she would share her Invictus experience with us, her response was “I would be honoured to help in any way I can”. So how did she go from retired military nurse suffering from post-traumatic stress disorder to Invictus star, participating in five sports (including murderball!), winning the Golf tournament and a Bronze Medal in Archery? Behind it all is her will to “believe in me again”.

Self-belief reflects our values, our worth and what we think we deserve in life, which in turn feeds what we can and cannot do. Nurturing self-belief is at the root of new beginnings. “I feel that the most important thing to build self-belief or resilience is to trust yourself. You know who you are; and you don’t have to try to be what other people think you should be.” And Cavell is clear about the fact that taking care of yourself, your mental and physical health, benefits your loved ones as well – “a double whammy”.

What surprised Cavell during the Games is how the crowd responded to her. “I felt that I was doing nothing more than appreciating the experience of freedom, of being me, of being alive again and appreciating the opportunity to live life again”. Yet, people kept cheering her in each and every sport she competed in, telling her how much of an inspiration she was, and asking her for a selfie at every corner (guilty!).

“When 67-year former military nurse Cavell Simmonds decided age was just a number and entered into five sports at her first Invictus Games, you know what being optimistic in life really means”. 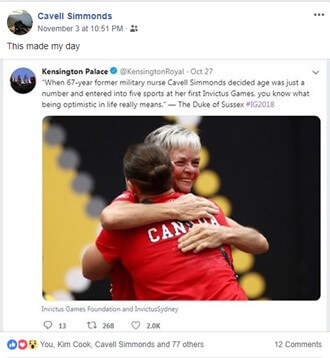 But what surprised her the most was “the way I was accepted by my team – I was one of them, not a little old bitty that they had to look after”. When it comes to age, it’s no surprise that Prince Harry was quick to recognise what Cavell brought to the Games. In his closing ceremony speech, the Duke’s special mention “shocked her shoes off”.

And this is what being optimistic and believing in yourself can do: “Without bragging I was super impressed with my performance in all of the events that I was involved with. I think that I did fantastic – do I think that I could have done better? NO because I did the best that I could do at that particular time and that makes me happy”.

Although Team Canada was not eligible for a Wheelchair Rugby Team, she was able to compete as part of ‘Team #Unconquered’, uniting competitors from Canada and Poland, truly demonstrating what the Invictus Spirit is about.

Cavell understood Prince Harry when he referred to Invictus competitors as “ordinary people doing extraordinary things”. Having him as a spokesperson is a godsend for Cavell who knows he appreciates the commitment and sacrifice of military members: “I loved being in the military, I loved being a Nurse, I loved providing nursing care to the injured and wounded, the victims of war and the children who were victims but had no part of war and like all the military people I know I would do it all over again, regardless of the injuries and wounds because we care”.

In this blog, I managed to only use the word ‘inspiration’ twice but we all know it’s an overused cliché. Cavell and the other competitors are more than an inspiration (and three!). Being inspired is just the beginning, doing something with it is giving the Invictus family the recognition and gratitude they deserve.

What will you get up to thanks to Cavell’s experience? We talk about self-belief a lot in our coaching programs. Every person in career transition – regardless of age or stage, needs to muster self-belief to create a successful outcome. The Invictus Games was a profound lesson in self-belief and resilience. The RiseSmart team (and I’m sure Cavell) would love to hear all about it: creative@risesmart.com.au. As for me, after contemplating writing a blog for over a year, this is my first attempt… hopefully bottling a little bit of the Invictus magical potion for when I doubt myself.

“The life saver – the Invictus Games got me back into sports and doing things again”.

The oldest competitor at this year’s Invictus Games, Captain Cavell Simmonds was encouraged to apply to participate by a military member who participated in the Invictus Games Toronto 2017. Simmonds served as a Military Nurse for 35 years, and after leaving the military, she was diagnosed with post-traumatic stress disorder. She is also a mouth cancer survivor and speaks to cancer patients in her home town of Calgary, Alberta, in her spare time. 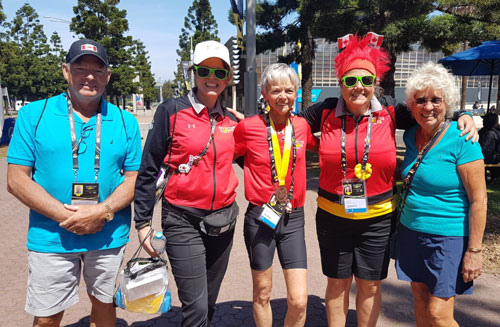 WHERE TO FIND HELP:

“Age is an issue of mind over matter. If you don’t mind, it doesn’t matter”.

speak to an expert.

find out what we can do for your organisation and employees.